Posted at 03:35h in Race Reports by admin
0 Likes
Bandera 100k was a last minute decision for me (I decided 2 weeks out from race day just in time to get decent priced plane fare). I had hoped to get into Western States via the lottery in early December, but like the most of us, was not lucky. I sooooo want to redeem my 2013 race, where I puked more times than the amount of miles I walked it in (mile 70)…true story. When my name didn’t get drawn like the majority of people, I started fantasizing about earning a Montrail Ultra Cup spot at Bandera. 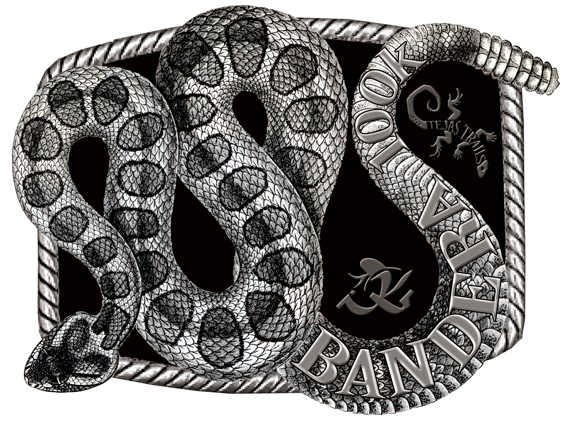 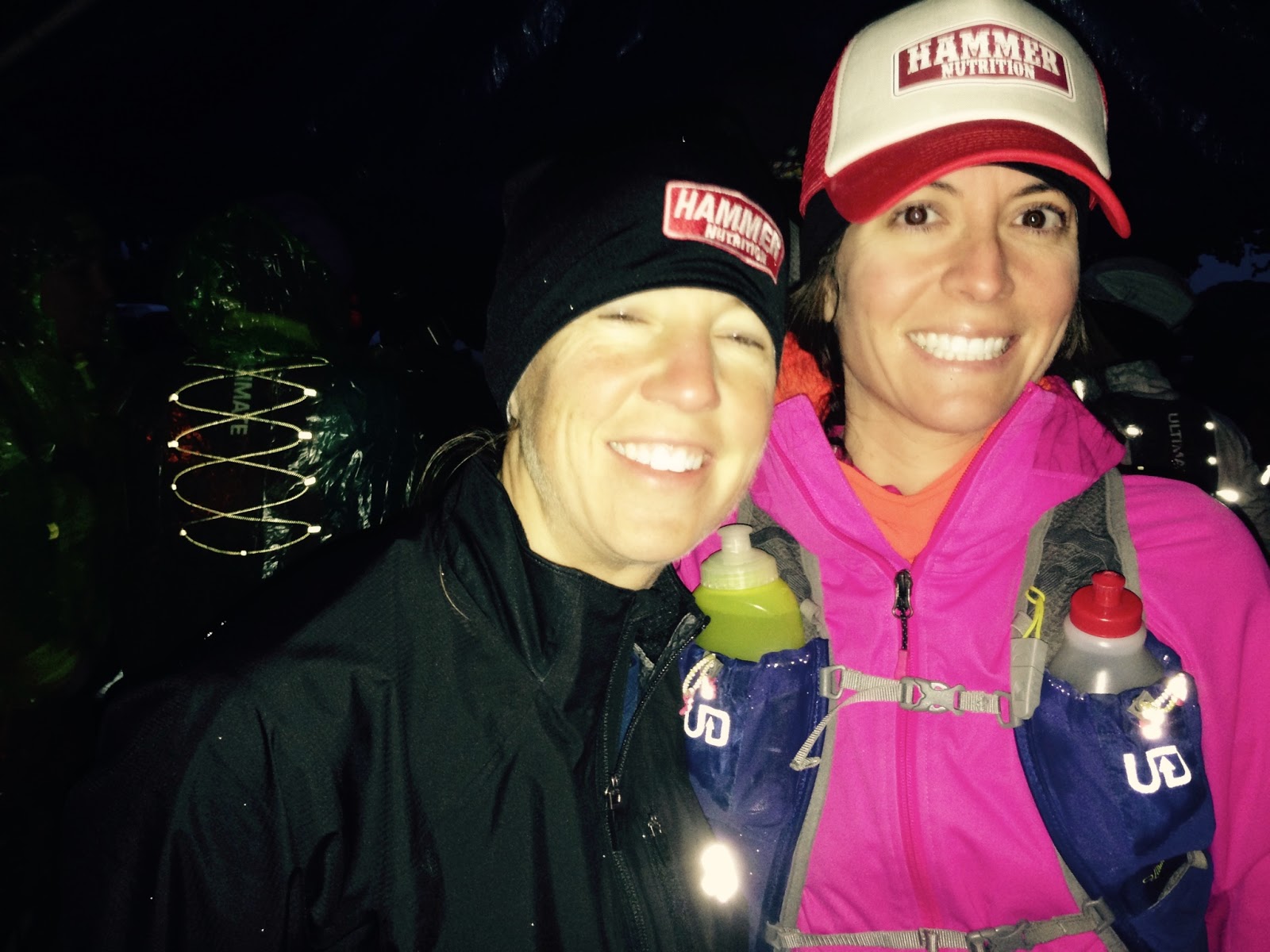 The race started out fast, and I let people go. I knew from looking at previous years splits, that many people had second lap splits of 40 minutes+ and wanted to pace myself, thinking that was my chance to claim a MUC spot. However, after 15-20 miles and a fall that broke my handheld strap, I knew my legs were crap and it was about enjoying the day. I did get a chance to chat with Kelsie (5th) and Leslie (6th) about life, school, and family. It was a nice way to pass the time without my tunes.

The weather was crappy, starting around 28 degrees. I slipped on icy rocks in the beginning. It would later heat up to a balmy 35? degrees, with added precipitation creating mud hazards. The rocks became slippery with mud later in the day. There were several stretches where mud stuck to your shoes like cement blocks commiserate of a gangster movie. When your legs are dead, adding what felt like 5# of mud to each of them was not uber helpful.

Regardless, I pressed on. I was hoping to get through 50k in about 5:07 and came through at about 5:30. I stopped and apologized to Joe Prusitas for being such a slacker. I had hoped to be more competitive. He was sweet and told me he was just happy I was there. I told him I wasn’t quitting, just in for a longer day than originally planned. I also talked to Jeremy from Altra who was nice enough to bring me a pair of shoes to try (I know…don’t try anything new on race day…but if you can tell from the pearls above, I am not always the wisest). However, the shoes worked brilliantly! For the first time in forever, the wide toe box on the Altras proved to save my toes from blisters. I found this amazing, because I did my best to blister my toes by inadvertently kicking rocks all day. After pausing at the lodge to chat with Joe and Jeremy, I ate some soup and ventured back out for loop #2. 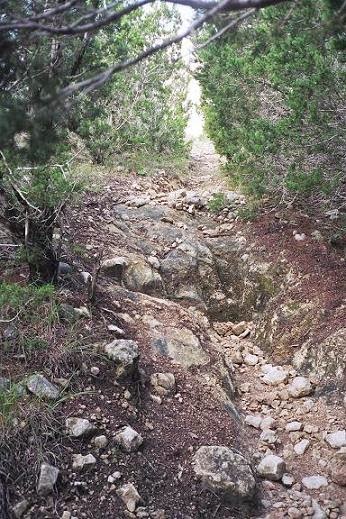 #2 was a slog. I “ran” most of the flats and downs, paused to see the views, thanked the volunteers and enjoyed the fact that I have the privilege to run. Sometimes, when I have a race that doesn’t go well, I think of the kids I work with who will never know what if feels like to walk or run. It makes me thankful. I was glad I stayed positive instead of having a pity party for myself. At this point, I was hoping to just run an hour between each of the aid stations, figuring that I could get done in about 12 hours. However, the darkness came and the headlamp I had was awful. I held it in my hand and pointed at the ground and hardly any light was cast. I actually looked at it to see if it was on. From Cross Roads to Last Chance, I was losing twilight. I was able to stumble my way through the last mile in the dark to get to the Aid Station. I got another light, that was weak, but better than what I had from an aid station volunteer, which I greatly appreciated!!! I set off with both, one in each hand and two guys who let me leech off their lights. Thanks James from Michigan!!!!  I sooo appreciated their help!! Again, the niceness of ultrarunners…can’t be beat! 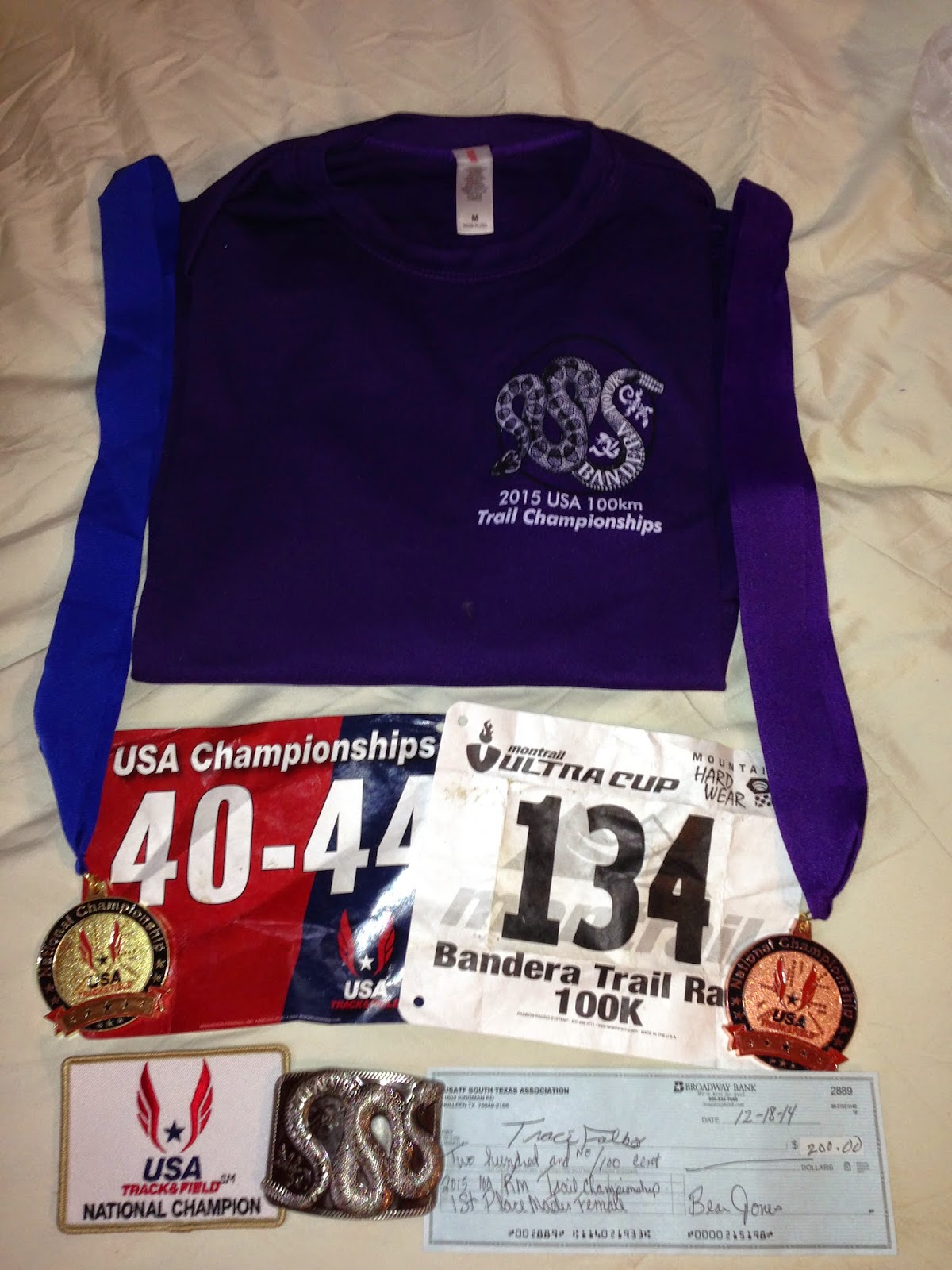 Ultimately, I crossed the finish in 12:30 and change, 8th female, 6th USATF female, and 1st Masters USATF female, winning me $200. All in all, it was relatively fun and a great learning experience. The course is quite runnable, but rocky with short, but steep climbs. I will be back someday, more rested, and more trail ready!
Thanks to Joe and Joyce Prusitas for a great race, with fantastic organization. I love the shirt and buckle…the design is very cool! Thanks to all the volunteers who braved the nasty conditions to be out there supporting all of the runners! Special HUGE Thanks to the Aid Station worker who loaned me the headlamp! Joe said he’d get it back to you, advising that I didn’t walk it back to you because the road was sooo muddy to get there.
Thanks to my sponsors: Hammer Nutrition. I felt great all day thanks to your supplements and energy products! Thanks to Drymax for socks that kept my feet intact! It was too cold for Running Skirts gear 🙁  And thanks to Coast! After forgetting my headlamp and running with subpar ones, I know appreciate Coast Headlamps all that much more and won’t forget mine ever again!